Developed by the company Epic Games Unreal Engine runs on the following platforms.

Unreal Engine 4 contains a complete suite of game development tools. From the two dimensional mobile games and console to VR and Xbox, UE4 provides the user with everything they need to start, create and ship a game. Epic Games also regularly releases new versions that include improved features, updates, bug fixes and community contributions. Once a game or application is shipped, the user will have to pay Epic Games 5% of their gross revenue, which comes the first three thousand dollars per product per calendar quarter. Even though there is a newer Unreal Engine 4 version, UE3 is still very versatile and has been used to create many triple-A games like

The Gears of War Series

UDK is no longer being supported or updated, but it used to be one of the most favourite engines to work with among game developers before Unreal Engine 4 came out. There are a large number of tutorials for UDK although it is recommended to go with the newer Unreal Engine 4. 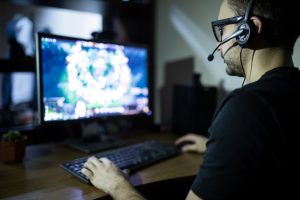 Originally called CryEngine 3 SDK and now CryEngine V, it has become available as a “pay what you want” service, allowing the user to determine their own price for the software. If the user likes the service CryEngine provides, they can contribute to its further development which is a pretty fantastic deal.

CryEngine includes full engine source code, complete commercialization; it is 100% royalty-free, provides access to all supported platforms and is ready for VR development. CryEngine has been used to make games such as

CryEngine is just like Unreal Engine 4 in being the absolute toolset for game development. Its engine has even been used as a benchmark for visual graphics for some time and continues to push the limit of what games are capable of.

Developed by the company Unity Technologies, Unity 3D runs on the following platforms.

Unity3D has always been a very popular choice among game developers. The game engine features everything a user needs to create 3D or 2D games having multi-platform support right out of the box. It is a great game engine to get into and begin using. Unity has both a free indie version as well as a commercial license version.


View all posts by Kenneth