Gaming has become extremely popular in recent years. With new games and gaming leagues coming into the industry, gaming connoisseurs are getting exposed to a whole new industry. Here are some of the best open-source game engines out there.

Released with an aim to provide a fully integrated game development environment, Godot is one of the most potent cross-platform game engines for both 2D as well as 3D. It is also an open-source platform licenced under MIT. Games made using the Godot engine are programmed either in C#, C++ or Godot’s coding language GDScript, which is more or less similar to Python. However, GDScript is strict on typing of variables and is optimized for the engine’s scene-based architecture. It also comes with a powerful renderer that can make every game look incredible, irrespective of it being a 2D or 3D game. Another thing about Godot is that it gives the user the privilege to deploy their games everywhere, whether on mobile platforms like Android or iOS, or desktop platforms such as Windows, macOS, Linux, Haiku etc.

Released in June 2007, Spring Engine is a 3D open-source real-time strategy (RTS) engine licensed under the GNU General Public License. Spring Engine is one of the best open-source game engines to be used if the user is new to the field of game development with some of the popular games made with the engine being Spring:1994, Zero-K, Evolution RTS, etc. all the user will need is a computer with a 3 GHz dual-core CPU, 512 MB graphics card, 5 GB of hard drive space and 2 GB of RAM. Lua is the language that is used in the Spring Engine for writing games. It is a multi-paradigm programming language that is lightweight. It can make almost every aspect of the engine customizable, ranging from GUI to unit AI to pathfinding. 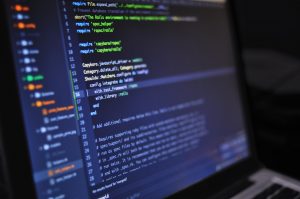 Another game engine that is incredibly popular among developers, Panda 3Dis basically an open-source framework that can be used for developing 3D games, simulations, visualizations, experiments and much more. The engine is licensed under the BSD license and is entirely free to use. The games developed using this engine are written on C++ and Python with the game engine itself being written in C++. It also uses an automatic wrapper-generator as a means to expose the full functionality of the engine in a Python interface. In order to build 3D attractions for Disney theme parks, the Disney VR studio created a simulation engine, and it is this same engine that became Panda 3D. Coming from a company like Disney, Panda 3D has become a prior choice of each and every game developer looking to create games on an open-source platform.


View all posts by Kenneth